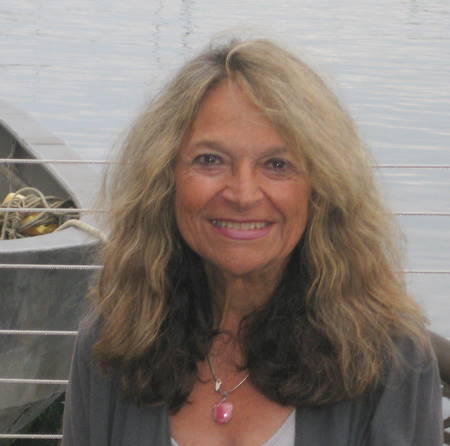 Carole Di Tosti, Ph.D. is a theater and film critic, entertainment journalist, novelist, poet, essayist and photo journalist. Carole Di Tosti is also a Drama Desk voter. She contributes reviews to Blogcritics, Theater Pizzazz, and other e-zines like New York Theater Wire and T2 Chronicles. She has freelanced for Verve and contributed to Technorati (310 archived articles) from 2011-2013.

Carole Di Tosti is the CEO/publisher of various blogs (The Fat and the Skinny, All Along the NYC Skyline, A Christian Apologist’s Sonnets). On The Fat and the Skinny Carole Di Tosti advocates for clean food, homeopathic licensed medicine in combination with AMA licensed medical practices, labeling GMOs and women’s rights issues about appearance and weight.

Recently on The Fat and the Skinny she has written opinion pieces about psychological wellness and the emotional stress toll of Donald Trump’s political disasters on the American psyche, especially his botched handling of COVID-19. The deleterious impact the Trump presidency has had on the well-being of U.S. taxpayers physically, psychically, emotionally will be written about for decades. Her writings do not even scratch the surface. But they do begin to give voice to the cries of the voiceless dead who have been rendered a nullity by the depraved indifference of a wanton narcissist who managed to illegitimately gain the White House with the help of foreign adversary Vladimir Putin. This latter reflection is one which the usually good-natured Congressman John L. Lewis believed so fervently, he refused to attend Donald Trump’s inauguration.

Carole Di Tosti has made her home in New York City for over three decades. Her reviews are primarily of NYC events: Broadway, Off ,and Off Off Broadway theater, film festivals, (NYFF, Tribeca Film Festival, Athena FF) wine tastings, food tastings, art exhibits, New York Botanical Garden Shows and other events in and around the Hudson River Valley, i.e. The Clearwater Festival. When contacted she does press reviews for various film studios. Along her travels she has interviewed film directors, producers, playwrights, screenwriters and actors. Meryl Streep, Tracy Ullman, Armie Hammer, Anthony Bourdain are among those she taped and are on her YouTube channel, though they are not interviews per say. However, she has brief interviews of Anthony Bourdain and friend Eric Ripert at Tribeca Film Festival as they discuss food waste to promote Lydia Tenaglia’s Zero Point Zero documentary Wasted! The Story of Food Waste. 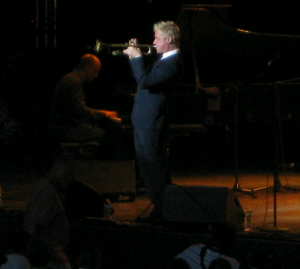 In pursuit of her passion for film and theater criticism, Carole Di Tosti has traveled to Austin, Texas for SXSW and East Hampton to cover The Hamptons International Film Festival. The last three years she has traveled to Edinburgh, UK for the Edinburgh International Festival and Edinburgh Fringe Festival. Over the years all of these reviews have appeared in Blogcritics, Theater Pizzazz, Carole Di Tosti’s YouTube Channel and All Along the NYC Skyline. Carole’s travels in New York include upstate and downstate. The photograph of Carole was taken on the grounds of Union Gables, the Bed and Breakfast where Carole stayed with friends in Saratoga, NY. Carole traveled with them to see master trumpet player Chris Botti who performed at a three-day Jazz Festival held at Saratoga Performing Arts Center. A fan of Chris Botti for years, Carole has reviewed his jazz sounds keeping up with the Grammy winner for his Holiday residency at the Blue Note Jazz Club in NYC. This year December 2020 with COVID-19 the Blue Note like other NYC Jazz Clubs and venues was closed. Most live-streamed performances.

Carole Di Tosti has written three two-act plays: Edgar, The Painter on His Way to Work, and Pandemics, for which she is seeking representation for production. She has been afforded residencies at theater and art centers over the years to work on her writing projects: The Tyrone Guthrie Centre at Annaghmakerrig Newbliss, County Monaghan, Ireland; The Renaissance House, Manhattan, New York; Centre Culturel Irlandais, Paris, France.

Carole Di Tosti’s novel Peregrine: The Ceremony of Powers is the first in a series of works about Peregrine and her friends’ macabre, supernatural adventures as they experience the paranormal activity surrounding Peregrine’s ancestral mausoleum. The first book can be purchased on Amazon and at Barnes and Noble.

In her former career Carole Di Tosti was a successful English teacher and licensed public school administrator. She taught all HS academic levels in English and various electives (i.e. African American Literature, Poetry and Song, Drama and Acting, Women’s Literature and English Literature and English Language Advanced Placement). She was an adjunct professor at Adelphi University in a program offering college credit for HS seniors. Her persistence in improving her subject matter teaching Advanced Placement English took her to Oxford and London, UK which remain some of her favored places. 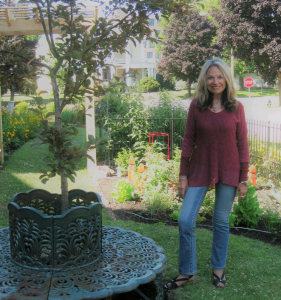 Pursuing my Ph.D. and being awarded a doctorate ushered in a new beginning in my life thanks to my NYU professors, J. Ted Repa, Charles Hayes and Margot Ely. Their encouragement provoked me to “good trouble,” as they helped me redirect my writing toward professional publication. My published dissertation has been referenced in three books, two by Margo Ely. My fascination with whistleblowers’ moral courage and desire to disrupt the status quo of malfeasance gave rise to Whistleblowers: The experiences of a superintendent and teacher who exposed corruption in their school system.

Today, when individuals can least afford to, whistleblowers in the Trump administration have proven to be intrepid disrupters in standing for the truth. Those who testified at the House hearings to impeach Donald J. Trump all were fired, despite the laws protecting them and their stalwart and impeccable government service. Others like Andrew McCabe and his colleagues at the FBI were ridiculed, punished and fired, yet spoke the truth as a moral imperative. They believed that the American people needed to know what the White House was doing with foreign adversaries. Likewise, Dr. Anthony Fauci and Governor Andrew Cuomo who spoke out against Trump’s politicization of COVID-19 (which by the time we nationally mitigate the disease under the Biden Administration may well approach the numbers of our Civil War dead) suffered excoriation from the Trump administration, its surrogates and supporters. Dr. Fauci was demoted. Governor Cuomo received death threats as had blue state governors, and in the case of Michigan Governor Gretchin Whitmar, the threat of an active plot to kidnap and kill her. Their bravery and leadership against a coward and bully must not be underestimated.

Whistleblowers are now the most vital instruments of truth who stand between us and the abyss. If I ever adapt my dissertation beyond the publication at UMI (University Microfilms International) I will dedicate it to all whistleblowers who took a stand and suffered the consequences of telling the truth for the sake of protecting American democracy and safeguarding the lives of American citizens during the Trump years.