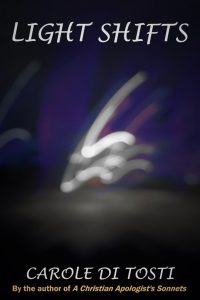 The title of this book of sonnets Light Shifts was changed from Channeled Consciousness after a visitation to New York Botanical Garden’s light pageant GLOW in early January 2021, after the publication of Peregrine: The Ceremony of Powers. The gradations and myriad hues of light bouncing off the Garden landscape were a reminder of light’s dynamic relationship to human beings, and in literature and poetry spiritual symbolism. “Light” entering the “eye” of the human psyche and soul has come to represent wisdom, knowledge and the desire to understand God’s love. When light shifts in the soul/psyche, understanding grows; it is miraculous. Though Helen Keller was blind, when she understood that the cold, liquid “water” was the name that Annie Sullivan was spelling into her hand, she was never in darkness again. Annie Sullivan had delivered the power of light through words to Helen Keller’s darkened, chaotic mind. 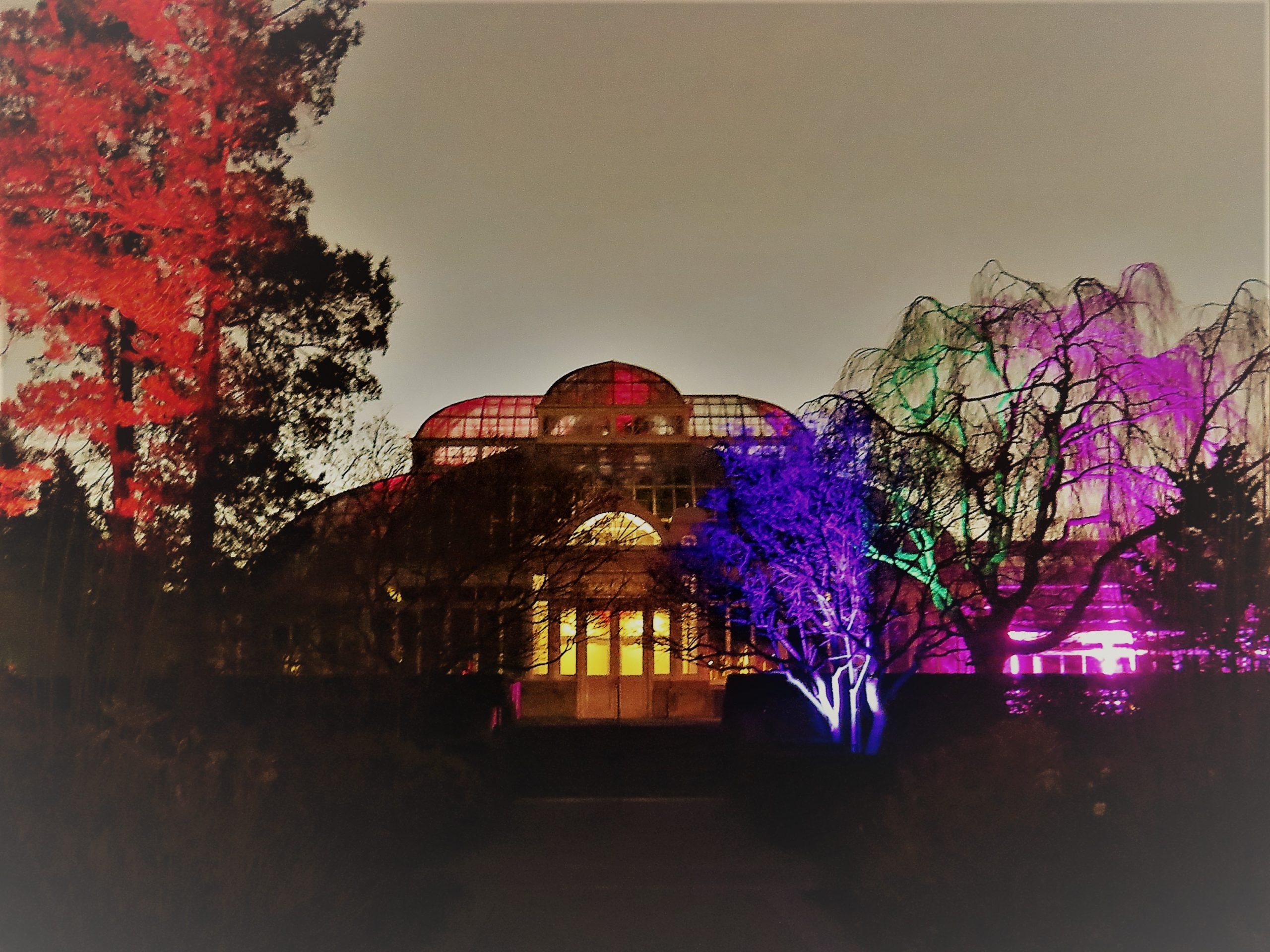 The dual nature of light fascinates. Einstein believed light is a particle (photon) and the flow of photons is a wave. Without the sun’s illumination (the photons flowing in waves toward our planet and other planets in our solar system) all living things would eventually die. Likewise, without wisdom, knowledge and understanding, the darkened soul and psyche withers. When light (wisdom) infuses life with love (agape love) there is peace. 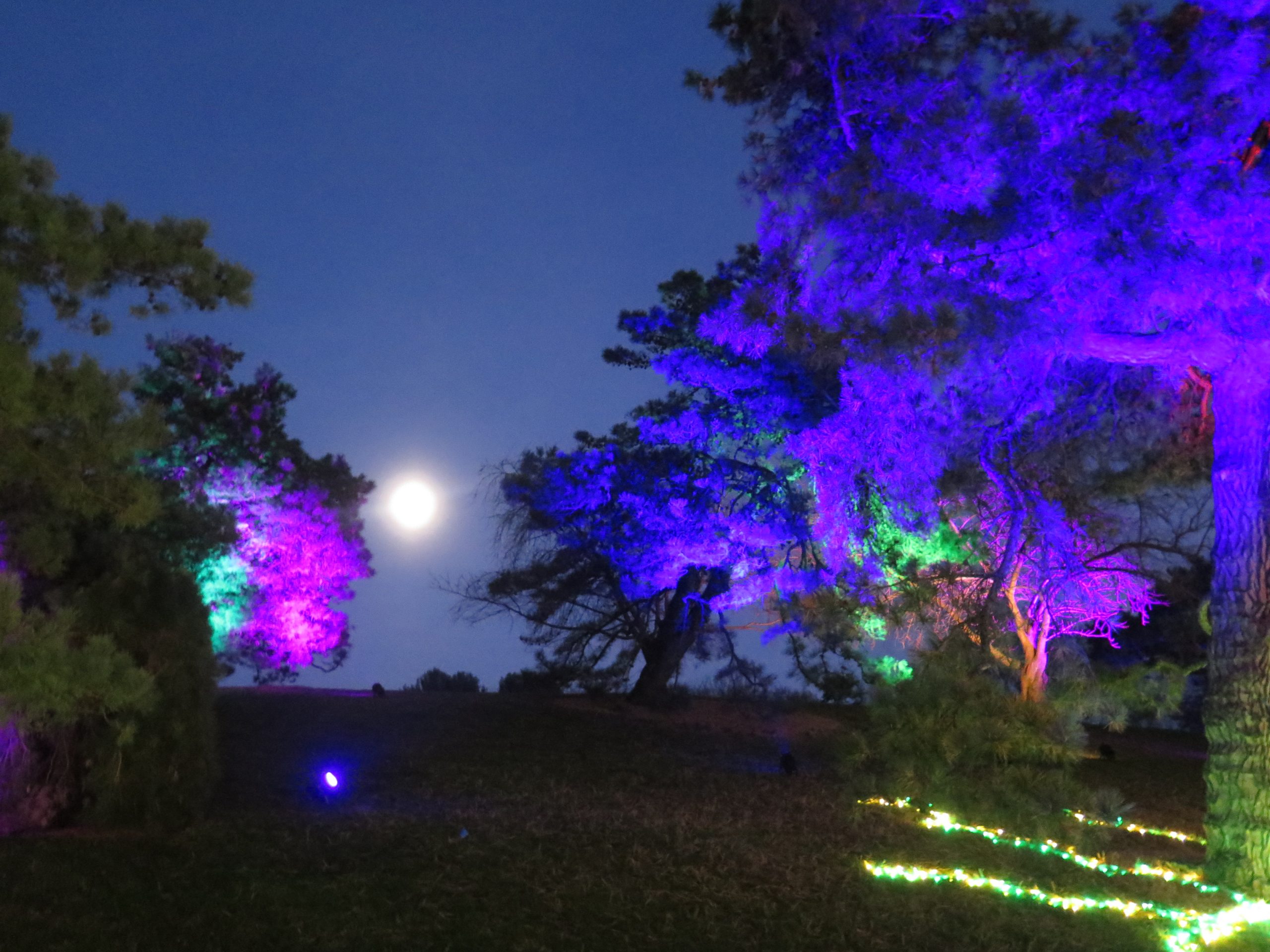 Carole Di Tosti is currently working on three main projects in addition to her current schedule of reviewing as a Drama Desk voter and film critic.

Valore is Book II of the Peregrine series. It will be released December 2022 or early 2023. Follow this website for updates.

Our American Fat, the Scourage, the Glory has been retitled.  American Fat is a book of essays, anecdotes, commentaries, reflections and meditations about being thin, overweight and obese in America. Based on Carole Di Tosti’s observations and experiences with weight loss, weight-gain, yo-yo dieting and fasting and other’s trials with obesity, the book provides humor, outrage, insights and wisdom. When you see the scale tipping over 5, 10, 15, 20 pounds since you last weighed yourself, American Fat may encourage you to throw out your scale or buckle down and get yourself together relying on the shared wisdom that you are “not alone” in your quest to gain sanctity, peace and wholeness with your body image. Follow this website (NYC Skyline in the pulldown menu, and my Linked in pages for updates toward its release.

Carole Di Tosti: HB Studio Playwright Times TWO (the title may change) is a collection of two full-length plays written while Carole Di Tosti took playwrighting classes at HB Studios in New York City, before and during the pandemic of COVID-19. Follow this website (NYC Skyline in the pulldown menu for its release).

During this year of the pandemic, when NYC was cautiously working around COVID-19 with various re-openings, I was able to review the festivals via their streaming services: SXSW films, Athena Film Festival films, Tribeca Film Festival films online. I also reviewed streamed theater: Irish Repertory Theater’s excellent work, AMAS Musical Theater’s fabulous Cinderella and pre-filmed shows streamed on BroadwayHD online. These reviews appear variously on the blogs below.

When theater and film opened in September, I reviewed live and covered the New York Film Festival 2021 and Broadway shows that opened. The last show I reviewed on Broadway was COMPANY, then OMICRON hit, and the infection rates skyrocketed to include Delta infections on top of the flu and pneumonia going around. When these rates subside, I will return to reviewing film and Broadway. I doubt I will attend ATHENA FILM FESTIVAL and SXSW live but will try to stream their films. For January, I am reviewing the New York Jewish Film Festival 2022. Check links below for past reviews and this year’s reviews. 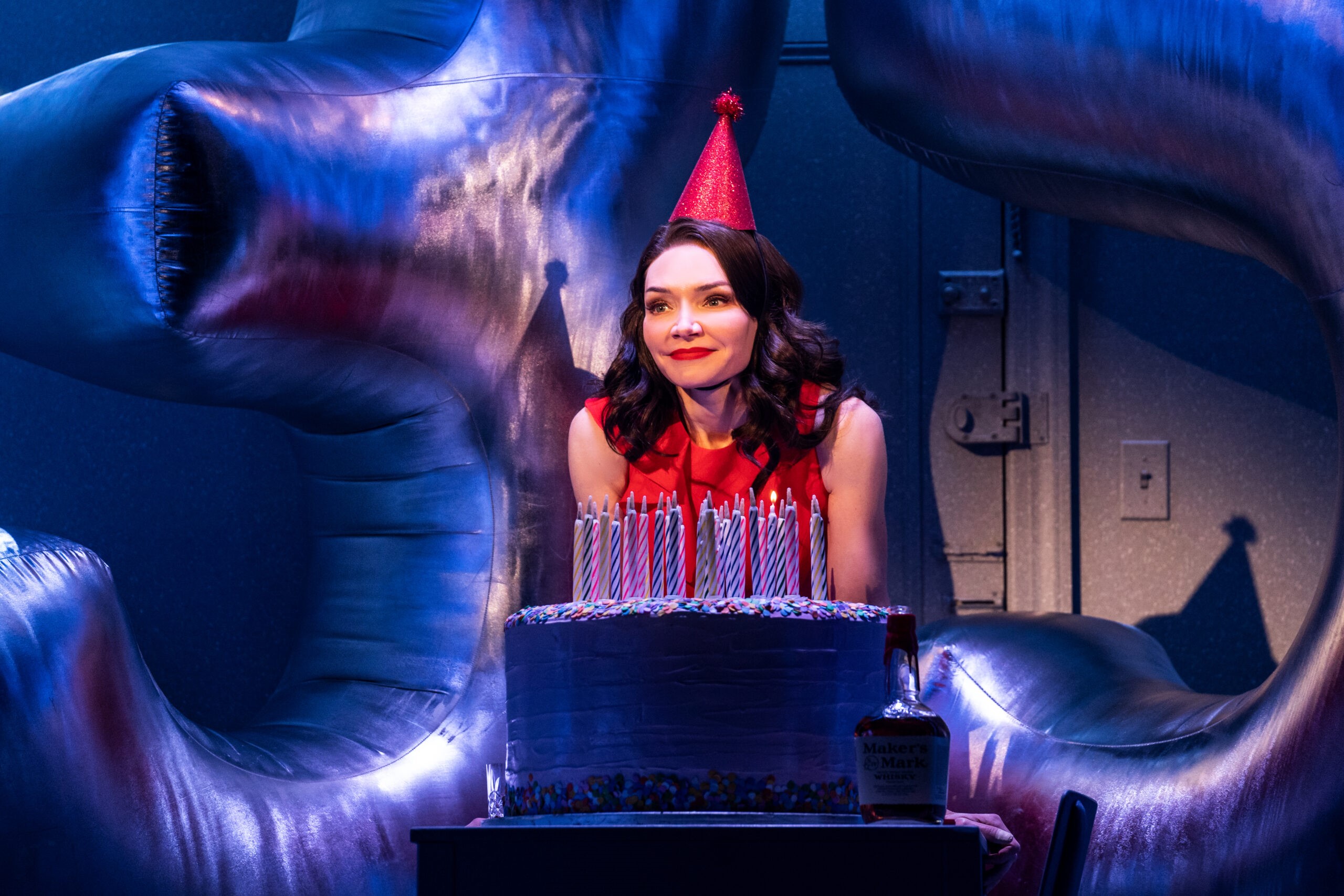 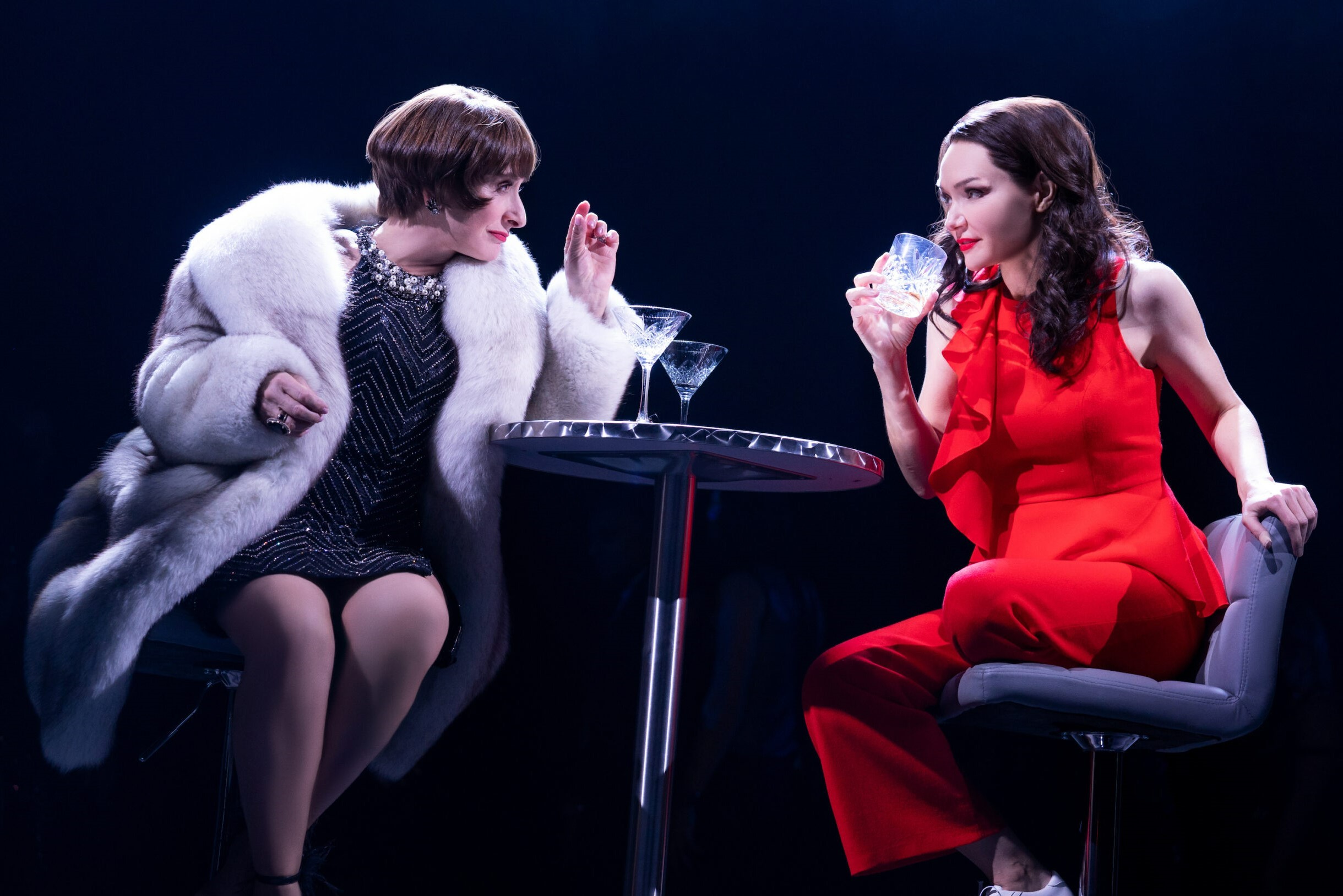 NYC Skyline https://caroleditosti.com/ reviews of various films, streaming theater (Irish Repertory Theater) and theater news and updates in London and NYC during the pandemic. New York Botanical Garden exhibits will be reviewed as well as other notable exhibits or concerts in the NYC area. There may also be interviews of directors, writers and actors in theater and film.

Theater Pizzazz https://www.theaterpizzazz.com/tag/carole-di-tosti/ will feature my reviews throughout the year. Kudos to Sandi Durell for her leadership in making this theater magazine vital and uplifting during this exceedingly difficult time for NYC theater (Off Off, Off and Broadway). In January 2022 the Under the Radar Festival at the Public Theatre closed.

Blogcritics https://blogcritics.org/author/mercedeskat45/  reviews of film festival films for 2022 (New York Jewish Film Festival 2022 (reviews also appear on NYC Skyline) SXSW 2022, Tribeca FF 2022, NYFF 2022) will be posted to the site. Kudos to my editors Jon Sobel and Barbara Barnett for their hard work and effort maintaining this wonderful magazine. Check my social media pages for the latest.

Carole Di Tosti’s Linchpin https://carole-ditosti.com/ will occasionally feature reviews of international productions streaming live on BroadwayHD and other venues if there is no travel this year to Edinburgh, UK.

Peregrine: The Ceremony of Powers on sale January 2021 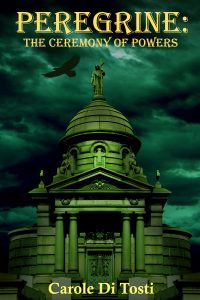 Under cover of darkness, Peregrine Randolf and Mocha Hamilton meet at Peregrine’s ancestral crypt in Calvary Cemetery to conduct an ancient ceremony that will give them supernatural powers. However, their friend Fennelly Girardo, on a car chase to save his kidnapped brother Manny, never arrives. Peregrine and Mocha begin the ritual without him. They are stopped when the crypt door mysteriously locks and the key in Peregrine’s possession disappears.

Evil spirits that protect the crypt attack the two women. The spirits abduct Mocha and leave her unconscious to die of exposure. Dark powers force Peregrine to confront the freezing atmosphere and her growing physical and mental deterioration. As her desperation to escape the sealed tomb intensifies, Peregrine discovers a way out which leads to a twisting labyrinth in the bowels of the cemetery, that becomes a harrowing nightmare from which it is impossible to escape.

While Peregrine battles to survive in the caves of Calvary that threaten to entomb her forever, above ground their friend Beach Comber rescues an unconscious Mocha. In a rotten twist of fate, Mocha’s cousin Detective Reggie Matthews flips Beach Comber’s heroic act into a sexual abuse charge. After the comatose Mocha is hospitalized and doctors find mysterious bruises on her neck and inside her throat, Detective Matthews explains their cause as Beach Comber’s violent act against Mocha.

Suspecting that her missing daughter has gone to the mausoleum to enact the occult ritual, Madeline Randolf follows Peregrine to Calvary. She fears their Black Nobility family who practices the dark arts. If they have enchanted the crypt, Peregrine has few if any supernatural talents to stop their spells. As Madeline searches for Peregrine, shapeshifting demon protectors of the mausoleum attack her. Madeline triumphs over them, but not without grave damage.

Meanwhile, Peregrine uses her last ounce of inner will to fight the powers of evil and elude deadly grave-robbing gangs who want to kill her. With troubles of their own Fennelly, who hasn’t recovered Manny, and Beach Comber, who is out on bail, finally discover the almost-dead Peregrine on a rain-swept night in the cemetery. Though Mocha is restored to consciousness, the nightmare experience alters her identity.

The four friends and their parents have undergone harrowing trials that have changed each of them. But Peregrine and Madeline do not realize that their actions at the mausoleum unleash the powers of darkness and intensify wickedness throughout the world.

In the series which follows Peregrine: The Ceremony of Powers, only until Peregrine and her friends solve the mystery of the crypt, which brings them to the haunted graveyards of Europe, does order emerge from chaos and a tentative peace settle for a season.

What Others Are Saying About Peregrine: The Ceremony of Powers

“Peregrine: The Ceremony of Powers is a hybrid adventure thriller that dazzles. Carole Di Tosti pulls back the veil into the paranormal with the deftness of a master magician. Peregrine, Mocha, Fen and Beach Comber navigate the boundaries of life and death. Hair raising are their efforts to escape the strange, dark forces guarding the Johnson mausoleum. We see them confront shape-shifting demons and watch spellbound their enslavement to macabre ancestral crypts. Part I of the friends’ journey into occult realms unleashes the furor of this marvelous Peregrine series with gripping suspense.”

“Carole Di Tosti is an excellent writer and one of Blogcritics’ most prolific contributors over the years.”

“Carole Di Tosti is an expressive writer with great insight, imagination and the unique skills to make a reader sit up and take notice.” 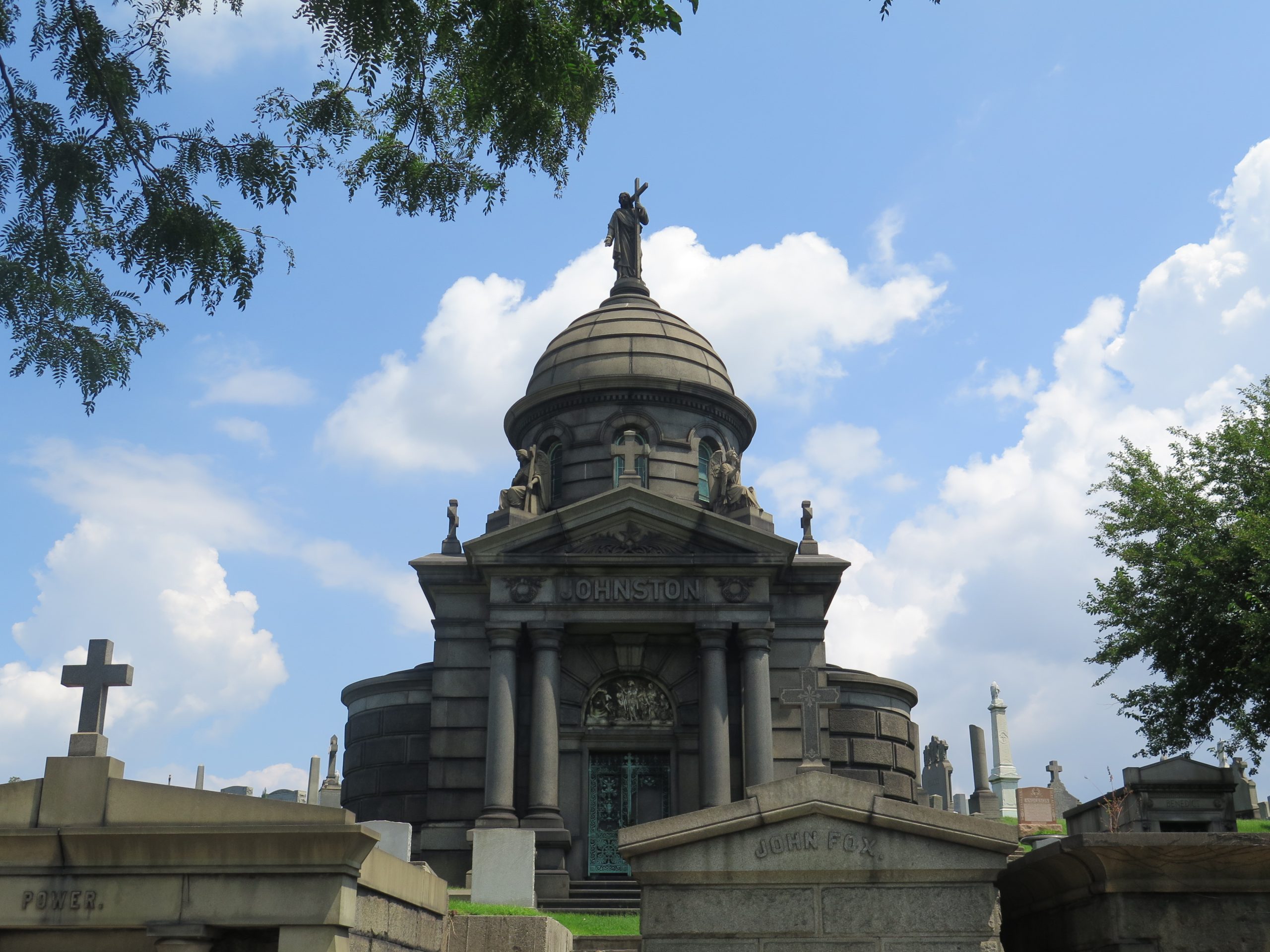 The crypt that inspired one of the settings of Peregrine: The Ceremony of Powers. (Carole Di Tosti) 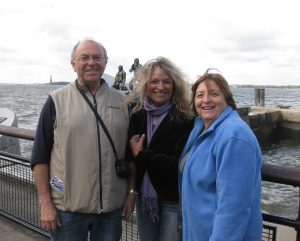 Channeled Consciousness is a book of poetry that Carole Di Tosti has been shaping which includes a few sonnets from her blog A Christian Apologist’s Sonnets (not your hyper-political, ultra-right-wing Christianity, but the Christianity of C.S. Lewis which focuses on Christ’s Love, Forgiveness and Redemption.) Channeled Consciousness will be released around December of 2021. Follow this website and Carole Di Tosti’s social media pages for updates.

Valore is Book II of the Peregrine series. It will be released sometime in 2022. Follow this website for updates.

Our American Fat, The Scourge, The Glory is a non-fiction work loosely based on anecdotes of Carole Di Tosti’s and others’ lifelong trials with weight loss, weight-gain, yo-yo dieting and fasting. Follow this website and my social media pages for updates toward its release.

NYC Skyline https://caroleditosti.com/ reviews of various films, streaming theater (Irish Repertory Theater) and theater news and updates in London and NYC during the pandemic will be published. New York Botanical Garden exhibits will be reviewed as well as other notable exhibits or concerts in the NYC area. There will also be interviews of directors, writers and actors in theater and film.

Theater Pizzazz https://www.theaterpizzazz.com/tag/carole-di-tosti/ will feature my reviews throughout the year. Kudos to Sandi Durell for her leadership in making this theater magazine vital and uplifting during this exceedingly difficult time for NYC theater (Off Off, Off and Broadway). In January look for my critique of two shows in the Public Theatre’s Under the Radar Festival.

Blogcritics https://blogcritics.org/author/mercedeskat45/  reviews of film festival films (SXSW, Tribeca FF, NYFF and others) will be posted to the site. Kudos to my editors Jon Sobel and Barbara Barnett for their hard work and effort maintaining this wonderful magazine. Check my social media pages for the latest.

Carole Di Tosti’s Linchpin https://carole-ditosti.com/ will occasionally feature reviews of international productions streaming live on BroadwayHD and other venues. And it may also feature a guest review of a streaming theater production or film.