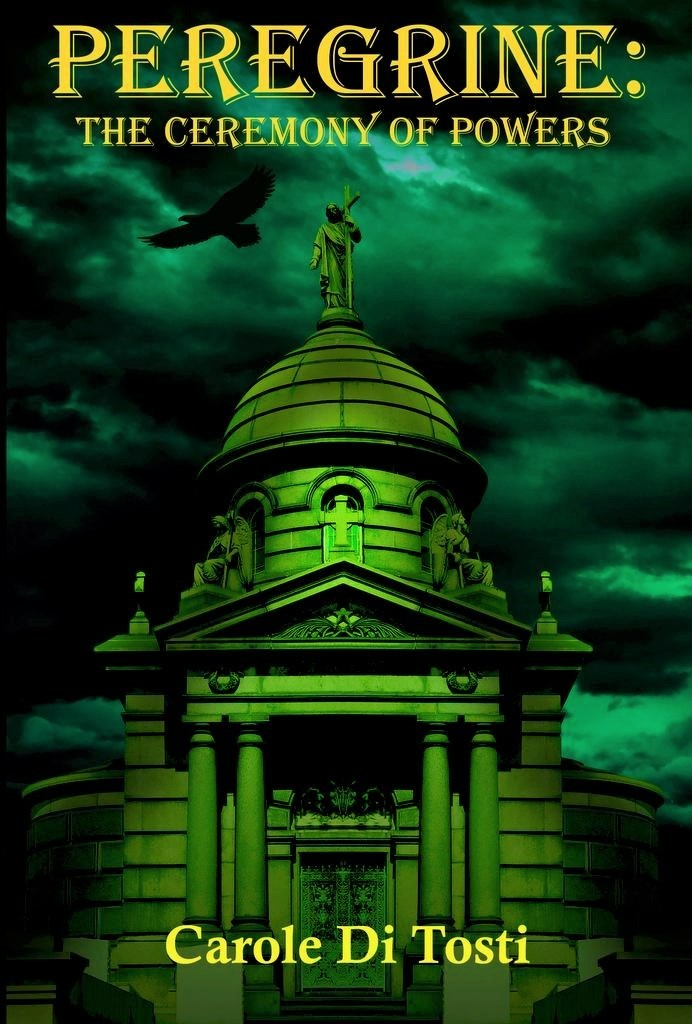 ‘Peregrine: The Ceremony of Powers,’ launched January 2021, on sale at Amazon and Nook (Carole Di Tosti)

The challenge of monitoring one’s own writing career constantly amazes. Whether one enjoys writing because one is compelled, or one does it ” to make money” which is a separate category, requires one be open and flexible to the vast array of learning experiences along the way. Working with a publisher is fraught with its own hell when one considers contracts, accountability to deadlines and living up to advances. Is it worth it to let the agent and publishing house do the “heavy lifting.” Is the perception that publishers do the heavy lifting faulty? Indeed, without the author, the publisher is kaput, though this view is rarely acknowledged because the commercial publishers have been in the catbird seat. Yet, they promote the perception that they service the author who, in aggregate with other authors, services the publishing house, i.e. pays for the lights, heat, staff perks, taxes, rent, payroll, etc. The exchange is not by any means equal or just.

Then came Amazon and free market competition and authors parity with the publishing houses. This was difficult to brook for them: a loss of power, a loss of censure, and a loss of control of the active consciousness of thoughts and words of the masses circling the globe. The author was able to better able to leverage his work, career and talent. So be it!

Until the internet writers were honed, cultivated and promoted by the editors who only published books that were “allowed” based on any number of factors, primarily, the bottom line, but also wealthy political cliques in politics or industry who intended to persuade the masses to accept mores, folkways or points of view to control the population. Until authors took the power back for themselves, the masses as with TV before cable, the power and influence remained with the wealthy mighty. The internet gave rise to democratic voices which again had to be controlled; the little person could rise up on his own and gain notice and influence, or a wealthy elite backer could make it appear that the “little person” rose up on their own to push their own agenda.

Publishing companies have shifted to adapt to increase their profits in a shrinking “take”. The push authors onto a tread mill of producing “product.” Why? Readers tend to buy works from the same author because they fell in love with a work and appreciate the author’s style. Popular authors spin out two, three, four works or more regardless of whether they publish through Amazon or are picked up by a small press or medium sized press. The amount of money per book, results in a large percentage for publishers. The author must sell a million copies to begin to realize what could be earned with a teaching job, or speaking engagements which is what authors end up doing to promote their work and establish a viable career.

Publishing with Amazon is alluring because authors keep 70% of their sales price per book. Barnes and Noble, to remain competitive with Amazon also upped its percentages giving authors 70% of the sales price of the books sold online. With hardcovers, the percentages are lower. I have known authors publishing with large publishers to opt out and publish with Amazon or Barnes and Noble because they are able to keep a greater percentage of their profits and they are able to get their works out faster. It takes at least two years to publish traditionally.

That the large publishers are under pressure and heavy competition from Amazon to be profitable was evidenced with litigation in 2012. It is an irony that after the litigation was won and benefited Amazon and there were a few years of lower prices, Amazon and the “Big Five” publishing companies (Penguin Random House, Hachette, HarperCollins, Macmillan, and Simon & Schuster) colluded to price-fix once more and are being sued. The Class Action lawsuit is being brought by the same law firm who has become practiced in effectively presenting such a case. Hagens Berman will collect whopping fees from the deep pocket publishers, primarily Amazon and benefit itself, giving a few dollars to the clients in its class action.

Perhaps this will lead to lower prices for a time. But when the whole world isn’t watching, surely a few years after the settlement, the prices will rise again. Ultimately, the law firm and the publishing companies will benefit. Because of the pressure of remaining to appear competitive, they will be forced to collude or go bankrupt.

All this to say that publishing companies are about the bottom line. And they will put in the greatest time and effort for those who will guarantee the largest percentages for them: celebrities, trending stories, old standbys. Regardless, whether celebrity or not, one must promote his or her own work. Dick Cavett in his Talk Show: Confrontations, Pointed Commentary, and Off-Screen Secrets discusses how on his book tours and signings, a number of times he discovered that the bookstores he was visiting did not have enough books for his signings. He learned very quickly to take matters into his own hands and verify or have his agent verify that the store or venue had enough books for his signings. In one instance, the bookstore had no books to sell and he managed to forestall a loss for him, the bookstore and his publisher.

One would think that since he is a celebrity and commentator, and has been before the public eye for years, that he would be treated better. Mistakes happen. But Cavett as with other authors renowned and unknown must do the heavy lifting while publishing companies ride their coattails providing some graces; but all is figured into the contracts they sign.

All things considered, if one must do self-promotion which is an imperative for the publishing house and/or self-publisher, one works strictly for themselves. That is why more and more authors are cutting out the publishers and their agents. Margaret Atwood promoted herself for years going on book tours and as a professor. I planned to hear her at the New York Public Library; but it was an auspicious date: 9/11. That was before The Handmaid’s Tale TV series and the film The Handmaiden took off. In 9/11 she was doing the heavy lifting. But she worked hard at what she was compelled to do. And eventually, it paid off and we are all enjoying her contributions as an influencer.